From the world’s best-selling magic show, The Illusionists, Adam Trent brings his signature brand of magic and illusion from Broadway to the Hawaii Theatre.

One of the most televised magicians in the world, Trent starred on Broadway three times, and has his own Netflix television series.

Brought to Hawaii by the same creative team behind The Illusionists, Adam Trent’s production is an immersive entertainment extravaganza of magic, comedy and music, for audiences of all ages — keiki to kupuna. 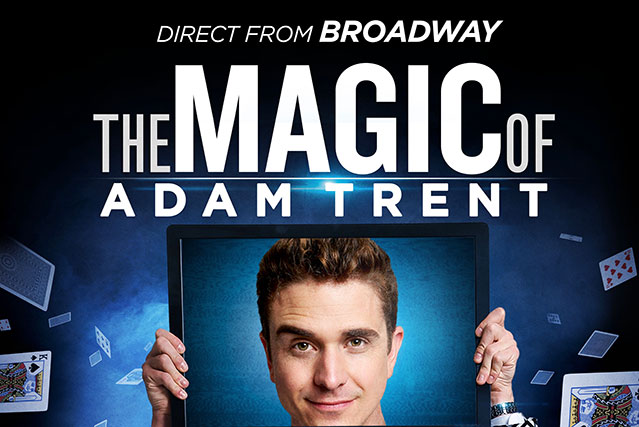